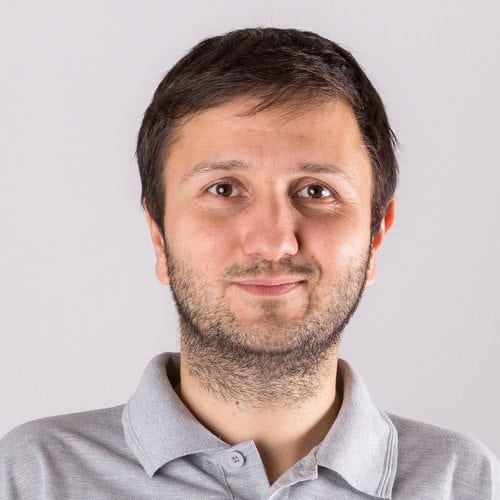 How Did We Create an Award-Winning Marketing Campaign?

We’re delighted to announce that our Head vs Heart campaign is a Silver ​Winner and the People’s Lovie Winner at the Lovie Awards in Online Advertising: Digital Campaign. What’s more, it’s also been nominated at The Drum Content Awards in two categories: Best Use of Mobile Content and Best Creative Content Idea Using Video.

How did we do it, you might ask? Let’s find out!

Our management game, Top Eleven, is all about football and when a big tournament like Euro 2016 comes up, it’s an incredible opportunity to raise the awareness of our brand.

At the same time, we knew that almost every single brand from a whole range of industries was thinking the same thing. The competition to get noticed by our target audience was going to be tough! Yes, it was going to be a challenge, but we knew we could stand out and push our brand beyond mobile gaming itself.

All marketers know that to engage people, it’s crucial to tap into topics that they’re already talking about. In our case, we had the Euro 2016 but we digged a little deeper to come up with a more interesting angle; we knew that the best ideas are borne out of a deep understanding of the problem at hand and from a familiarity with the audience’s needs.

When it comes to football management, the big debate today is whether managers should base their decisions on their gut instinct or on the growing wealth of data (the so called ‘moneyball’ approach) now available to them.

At the same time, ask any average football fan and they will tell you that they can make better decisions than the real football managers.

“Nobody would believe he can play football better than Messi or Ronaldo, as we perceive them simply different from the average person. Managers are another matter: anyone can imagine themselves as a manager”.  Gianluca Vialli & Gabriele Marcotti in The Italian Job: A Journey to the Heart of Two Great Footballing Cultures.

These insights highlighted the main dilemma upon which we built our campaign:

Should managers use their HEAD (a.k.a. data) or their HEART (a.k.a. gut) when deciding how to manage their team?

That’s how our HEAD vs HEART campaign was born.

The idea was to produce content that we could push to a big, broad audience (our Hero content). We needed a shareable video that could reach our target audience and make them stop and think.

A really good question to prove our idea was to ask “does it invite people to participate?” Given that Top Eleven is a football management game, we wanted to give our target audience the opportunity to interact and decide as if they were a real football manager. This way, we know we could promote the desired behaviour.

We knew that football fans would never agree on who would win or even who should be in a starting line-up. So we knew we had to utilize that and create a debate.

We noticed that YouTube influencers were the most vocal about Euro 2016 and this made them a natural fit to embody the HEART camp. On the other hand, as Top Eleven’s ambassador, José Mourinho was the perfect fit for the HEAD side.

That’s how the idea became fully formed: equipped with data, José Mourinho was going to confront a few influencers in the prank video. For the prank to work, we had to make it a real surprise — some things you just can’t fake!

The Head vs Heart video has since become Top Eleven’s most viewed and shared ever with more than 10M views in total. It became a viral success and the media picked it up just as we had hoped.

Before every game during the Euro, our journalists in Spain, the United Kingdom and Germany took trending headlines and fed them into Google’s new dynamic lightbox banners. Viewers of the video were then targeted with these flexible creatives that can be updated in real-time with relevant copy. Each time, we asked them how they would decide — with their head or their heart?

The debate then spread throughout our community.

As a result of our Head vs Heart campaign, Top Eleven saw 1M downloads more during Euro 2016 as compared to the month before. More importantly, it fulfilled our ambitions for this project that we set out at the outset:

For that, I couldn’t be happier. The awards are just the icing on the cake!

You can also watch the case study video below.

Made in cooperation with:
Google Zoo
Rubber Republic
Joystick Interactive